Make your own custom-made popup window! 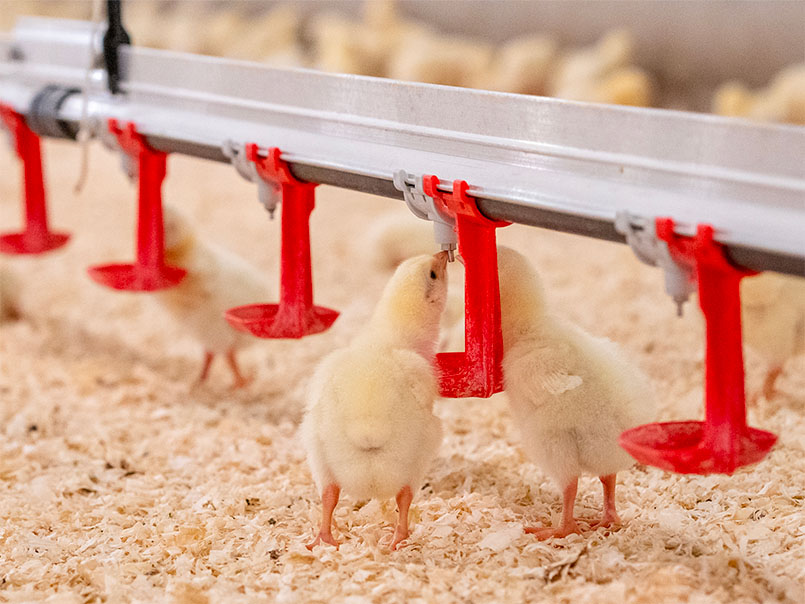 in Industry News
by Shannon

One common misconception is that trays are designed to catch excess water due to leakage. In reality, trays were developed to allow growers to use higher volume nipples while keeping litter dry, as the tray will catch any excess water that results from the increased flow rate. According to a recent study conducted by the University of Georgia, test houses with catch tray systems had significantly lower litter moisture from day 7 to the last sampling day in all four of their test flocks, three of which had litter moisture below 25%. Wet litter is associated with footpad lesion development, breast blisters, hock burns, increased ammonia production and higher microbial activity. Using nipple systems with trays helps to eliminate these issues while still achieving the benefits of higher volume nipples for a healthier, hydrated flock.

The University of Georgia research summary can be found here.

Some believe that the bacteria collected in catch trays leads to higher condemnation rates at the plant during processing. While trays may collect bacteria, they also prevent spillage, leading to drier floors and therefore less bacteria in your litter. Catch trays have lower bacterial counts than wet litter, and without the use of trays birds are constantly walking around and pecking at higher contamination areas on the floor. Regardless of whether you use trays, your birds will be exposed to bacteria, but the bacteria found in trays is much less of a threat due to its lower concentration. Wet litter however, has a higher bacterial count, is in continuous contact with birds and is difficult to eliminate, ultimately affecting performance and profits.

Another common myth is that standard flow nipples will supply adequate water to larger birds and deliver the same results, but what isn’t taken into account is time. The more time that a bird spends at a nipple, the more caloric energy it uses. Additionally, if a bird spends too much time at a drinker, they are preventing another bird from using it. Birds may also get distracted and walk away from the nipple before getting enough water if it takes too long to satisfy their needs. When higher volume nipples are used, birds are hydrated quicker, allowing them to get the proper amount of water and expend less caloric energy for ideal performance. Pairing higher volume nipples with catch trays allows growers to reap the benefits of improved hydration without fear of excess litter moisture.

Get product updates and offerings before anyone else